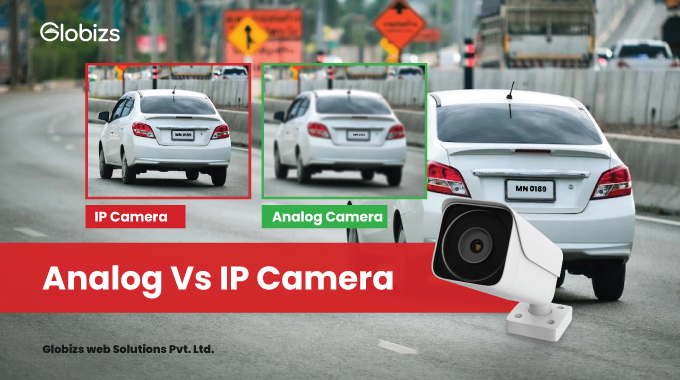 Closed-circuit television (CCTV) cameras are a vital component of modern security systems, serving to deter crime and protect buildings, homes, and other properties. Within the realm of CCTV cameras, there exist two main categories: analog and IP cameras. Both types of cameras serve the same basic purpose, yet possess a number of significant differences that make them suitable for different applications.

One advantage of analog cameras is their cost-effectiveness. These cameras are generally less expensive than IP cameras, making them an attractive option for those on a tight budget. Additionally, analog cameras are easy to install and do not require specialized technical knowledge or equipment.

However, analog cameras do have some notable limitations. The most significant drawback is their limited resolution and image quality. Analog cameras are incapable of capturing high-definition video, as is possible with IP cameras, meaning that it can be difficult to discern details such as facial features and Car or Bike plate numbers. Furthermore, analog cameras lack connectivity and advanced features, unable to transmit video over a network or integrate with other devices and systems.

In contrast, IP cameras are digital cameras that utilize the Internet Protocol (IP) to transmit video signals over a network. These cameras are more versatile and powerful than analog cameras, offering a range of advanced features such as high resolution, remote access, and integration with other devices and systems. IP cameras are typically employed in large-scale surveillance systems and are ideal for applications that require a high level of detail and flexibility.

One of the primary advantages of IP cameras is their superior image quality. These cameras are able to capture high-definition video, making it easier to identify details in the footage. IP cameras also offer greater connectivity and advanced features, allowing for remote access and integration with other devices and systems. However, these benefits come at a cost, as IP cameras tend to be more expensive than analog cameras.

In conclusion, both analog and IP cameras have their own unique features and advantages, and the best choice for a given surveillance system will depend on the specific requirements and budget. It is important to carefully consider one’s needs and conduct research before making a decision. Regardless of the type of camera chosen, it is crucial to have a robust and reliable surveillance system in place to ensure safety.

Upgrade Your Security: The Benefits Of 4G Enabled CCTV Cameras